I moved to Seattle in 2003 with every intention of seeing every band I’ve ever been into at least once. It’s now 2017 and I can honestly say that U2 is really the last on my list that I made years ago. I can proudly say I crossed Metallica, Iron Maiden, and Springsteen off this list most recently.

Rewind to early 2004 and my buddy Jared called me and said “The Drive-By Truckers are playing at the Tractor Tavern tonight. I know you don’t know them but they are awesome and we need to go.”

So of course we went.

It was great, and should’ve been at Key Arena instead of a tiny bar. When we arrived, I noticed that Peter Buck from REM was in attendance. I couldn’t imagine he wasn’t into great music so I knew this was likely a good sign for whats to come. It was a phenomenal set and Jared and I were front and center and afterwards we saw one of their guitarists, Jason Isbell. I went up to him and shook his hand and told him “hey man amazing show” and he replied in the heaviest Southern accent I’ve ever heard:

“Yeah that was about the best show we ever played.”

Really great to hear that, especially since we were there. So I was instantly hooked. And for several consecutive years the Truckers returned to Seattle and each time they did I’d see Jason before the show and tell him “Hi I’m Joe, not sure if you remember me but I saw you after the Tractor Tavern show years ago and said hello.” And he would tell me every time:

“Yeah I remember you, Joe. That was the best show we ever played!”

One of the times included me buying him a shot of Jack Daniels, and he took it with me. This may have not been such a good thing, because rumor has it that a big part of Jason leaving the band in 2007 was because of his drinking. But he’s proudly stopped drinking and now today is one of the most renowned recording artists in all of music.

But following that first show in 2004, I called my best friend Joe Ford back in South Dakota and really was jacked up to tell him about the Drive By Truckers and that we really needed to dive into their catalog. And boy did we ever as Joe and I have shared a great bond over Isbell and the Truckers and their music over the years. To me, the Truckers truly hit home that small-town rural Americana sound and to someone who grew up in a small town it’s easy to relate. It’s as easy as breathing.

Yesterday when I texted Joe that I got the Town Mile site up and running he responded: “You should do one about the first time you saw DBT and called your buddy back in SD and the band you recommended was so profound in your buddies life that he named his first born son after the lead singer.”

This is true: Patterson Joseph Ford was born March 12, 2015. He’s named after Patterson Hood, the founder of the Truckers and a guy who I’ve also had the pleasure of running into a few times throughout the years. To me that’s the beauty of rock and roll music, is the time stamp it places on lives and the great connection it helps solidify between friends. It’s a deep, powerful thing. And Patterson Ford will more than likely end up with bowed legs and be really really fast like his dad was. This is him recently at age 2, already training: 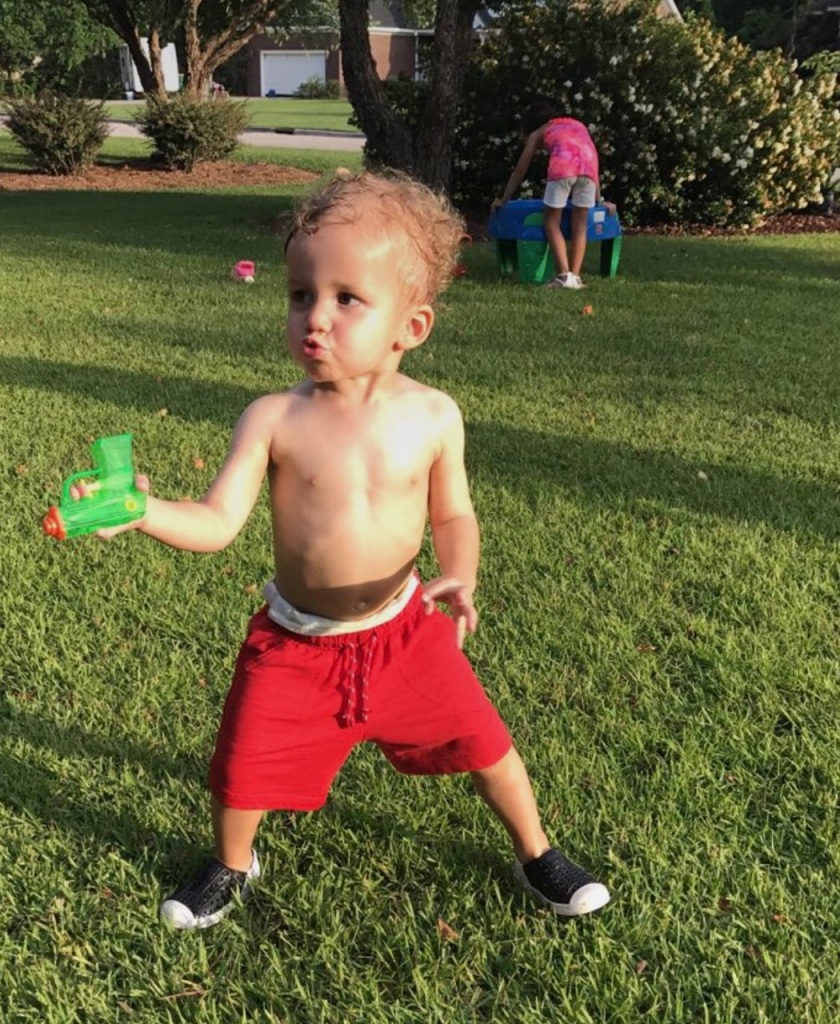